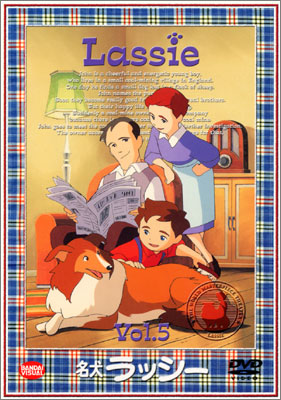 John is a cheerful and energetic young boy, who lives in a small coal-mining town in England. One day he finds a small dog lost in a flock of sheep. John takes the puppy, which is called Lassie, back home. Soon they become good friends, just like real siblings. Lassie is a lovely and smart dog, so everyone in town is very fond of her.

But their happy life is about to end: The owner of the coal-mine closes his company because there is no coal left. John goes to meet the owner to request a further investigation, hoping to save the villagers from losing their livelihoods. The owner accepts John's request, but in return he wants to own Lassie and take her to Scotland.

Although time passes by, Lassie remains unhappy in her new home. Priscilla, the owner's granddaughter, doesn't want to keep Lassie locked up to prevent her from running away and decides to set her free. Lassie then sets out on a long and hard journey from Scotland to her hometown, to return to John, her friend and brother.

Based on the book Lassie Come-Home by Eric Mowbray Knight.