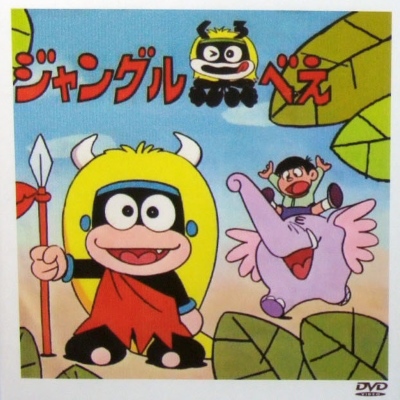 Kurobe was a son of the great chief of Pyrimi, Africa. One day he hanged on an airplane and came to Japan. Because of the cold and hunger, he fell on to the yard of Shishio`s house, and Shishio nursed him. Kurobe was very thankful for him and began to repay for his kindness. Kurobe dig a big hole in the yard Every time he return the favor, he threw a stone into the hole until stones would fill the hole. He tried to use a magic to repay, but he was still immature as a wizard, and he often failed. When would he fill the hole? Source: AnimeNfo Note: Because of the movement of anti-discrimination against blacks triggered by the Chibi Kuro Sanbo (The Story of Little Black Sambo) issue in 1996, the publishers recalled the manga, and the anime has also disappeared since then.