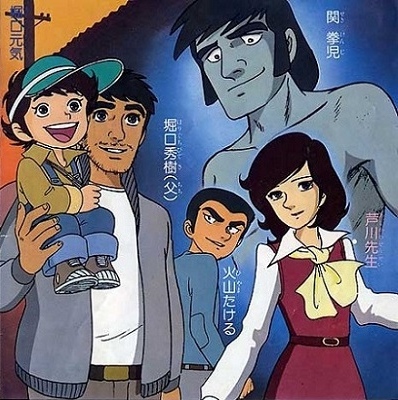 Horiguchi Genki was 5 years old boy. His mother died when he was born, and he was raised only by his father. His father, Shark Horiguchi, was a professional boxer, but he was ruined and become an itinerant boxer. However, Genki believed his father was strong and he would become a champion, and he had a dream to become a strong boxer as his father. After his father`s death, he was adopted by his grandparents. Although they opposed Genki boxing, Genki made up his mind to become a boxer, and he continued training secretly. Meeting with various people, for example, Teacher Ashikawa who resembles his mother, Mishima who is a high school boxing champion, he made his way to be a boxer. Source: AnimeNfo