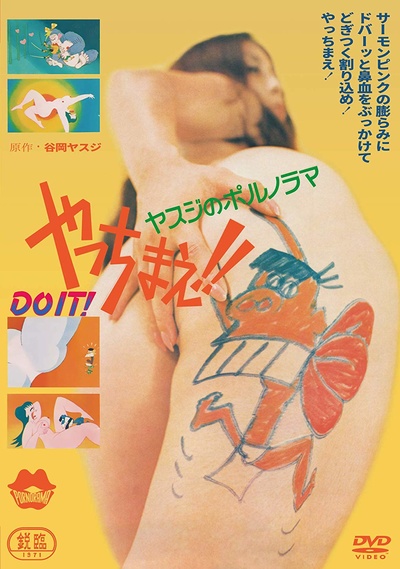 * Based on the manga by http://anidb.net/cr26071 [Tanioka Yasuji]. Japanese society, in the opinion of Pusu-o, "satisfies all the urges of hunger, but not the urges of the loins." Then again, Pusu-o is scrawny, awkward and hardly the handsomest guy in town. More to the point, in matters of a romantic nature, Pusu-o conducts himself with an absolute lack of grace, restraint and general respect for women. Not surprisingly, his sex life is an endless succession of obnoxiously over-the-top come-ons and maniacal attempts to get some action, all of which culminate in total strike-outs. Pusu-o`s own father is soon on hand to add insult to injury (the injury being the constant, gushing nosebleeds Pusu-o endures — the nasal blood geyser being Japanese cartoon shorthand for sexual frustration), and the cock blockage continues at Pusu-o`s new job as a car salesman — until a trio of older women misinterpret his advances, intended only to make the pretty Yukiko jealous. The antics continue at a later date, when the married Pusu-o is cuckolded by an horny little birdie. When the humiliated surrogate dad witnesses the sexual prowess of the tryst`s offspring, matters culminate in a finale worthy of the most bombastic Japanese tragedy.