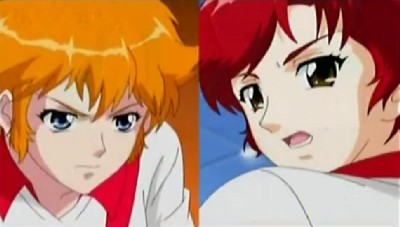 "New Attacker You!" is an anime television series of 52 episodes, of Japanese production and Chinese, the sequel of the famous "Attacker You!", built 24 years after the first airing. This second animated series was produced by Knack Productions in 2008 on the occasion of the Beijing Olympics the same year. The series, directed by http://anidb.net/cr1833 [Katsumata Tomoharu], first aired in China on the issuer Cartoon Darian and then distributed directly to DVD in Japan without going through the TV.