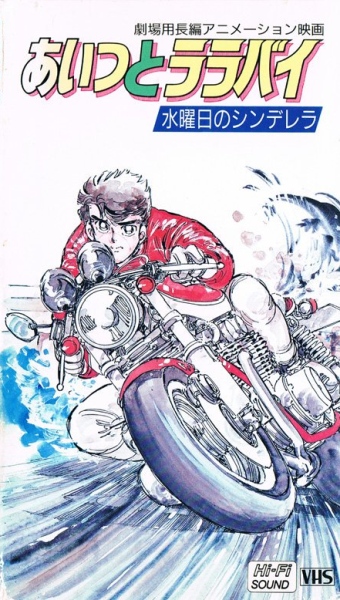 * Based on a shounen manga by http://anidb.net/cr12309 [Kusunoki Michiharu] serialised in http://anidb.net/cr17160 [Weekly Shounen Magazine]. On a Wednesday morning, Kenji goes touring to Hakone pass with his girlfriend Tomomi. There, he sees other riders waiting for something and stops his bike. One of the riders, Hayase Junichi, explains to him that a legendary female driver nicknamed Wednesday Cinderella passes this place every Wednesday in her white Porsche. Kenji becomes interested in this mysterious driver; however, racing with her proves more dangerous than it first seems to be. ~ translated and adapted from official site by Singan