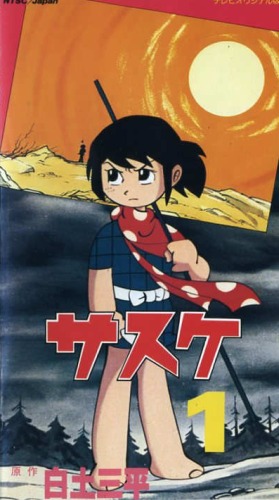 Toyomi family had been destroyed after the Winter War, and the ninjas of Sanada family, who had been subordinated to Toyotomi, were prosecuted for the war and were to pay with their lives. Sasuke was a boy ninja, and he was a member of Sarutobi Clan that worked for Sanada Yukimura. He and his father, Ozaru Daisuke, continued their fugitive journey fighting against enemies, Hattori Hanzo, Yagu Jubei, Kuki Clan, and Iga Clan. This story describes the growth of Sasuke, who sometimes suffered from the humanity although he should be cruel as a ninja. Source: AnimeNfo